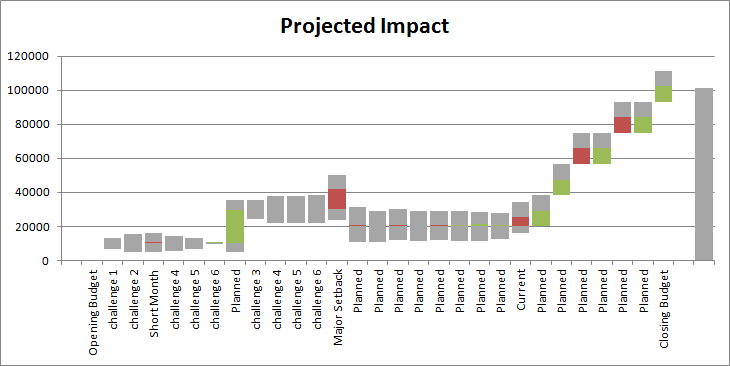 A waterfall chart is a form of data visualization that helps in understanding the cumulative effect of sequentially introduced positive or negative values. The waterfall chart is also known as a flying bricks chart or Mario chart due to the apparent suspension of columns (bricks) in mid-air. Often in finance, it will be referred to as a bridge. (wikipedia.org)

The waterfall chart can be used for understanding how an initial budget is affected by a series of intermediate positive or negative cash flows. The initial and the final budget values are represented by whole columns, while the intermediate values are visualized by floating columns. The columns are color-coded for distinguishing variances between positive and negative values. 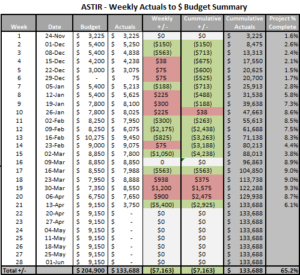 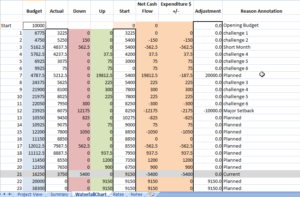